On Tuesday the 29th of November a man called Paddy Hopkins came to our school.
He was talking to us about World War 2.He talked about how he lived in Westport and
how he moved to England. He worked with planes on an airfield.
He told us a story about how three planes flew over him and they did not shot him at all
but they were shot down! Only one ferry from England Ireland was sunk by German
bombers and after they said it was an accident. Another time he saw a German plane
fly past his house and heard a big bang that made him fly across the room
and it hit a local hospital, he thought they were aiming for an ammunition factory
but they mist! He brought in some rations there was so little (well compared to the amount of food we get today) he showed us a kind of passport which you used if you wanted to use public travel, if a warden caught you without one you would be put in prison!
By Tom 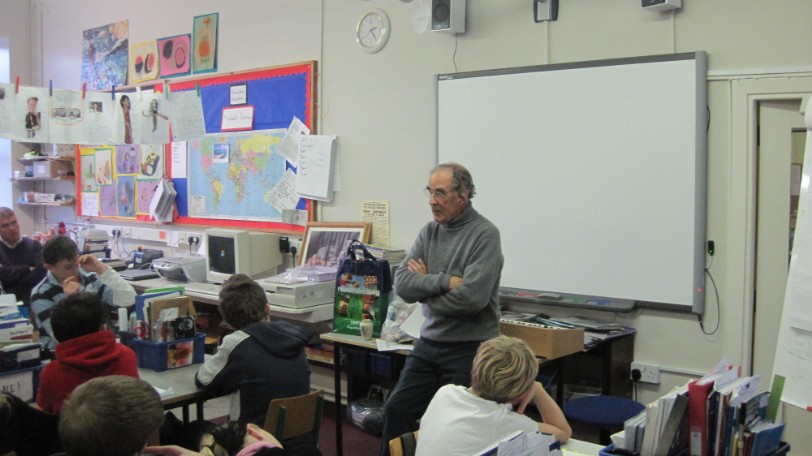