Spikeball
This year the senior room did spike ball. Spikeball is like volleyball but with different rules. Their coaches were Sophie, Libby, and Eimear. They practised spike ball drills and skills for six weeks , at the end of all their training they had a blitz which included other schools from the town. There were four skills/moves you could use they were the dig [place your two thumbs together clasping one hand over the other, your two forearms should be touching. This move is for hitting low balls] spike [the spike have your palm flat one of your team players would throw up the ball and you hit down flat onto your opponents court] volley [this move is for high balls. this move you use both hands and the tips of your fingers to hit over the net] block [this is used for stopping the other players from spiking into your court, you jump up and with both of your hands you hit it back]. Three of our Holy Trinity teams got into the quarter finals, Flame Throwers, Super Spikers , and Spikefall. Which then led to the semi finals in which Flame Throwers [who had Leon Erskine Hadden,  Siofra Fabby  ,Rebecca Kennedy, Kai Kinsella, and Laura Dzbinska] played a team from the Quay. They were very successful and got into the final, when they played a team from Knockroosky and sadly lost 16/14. The children had a very fun and active day.
Written by Síofra Fabby 6th class 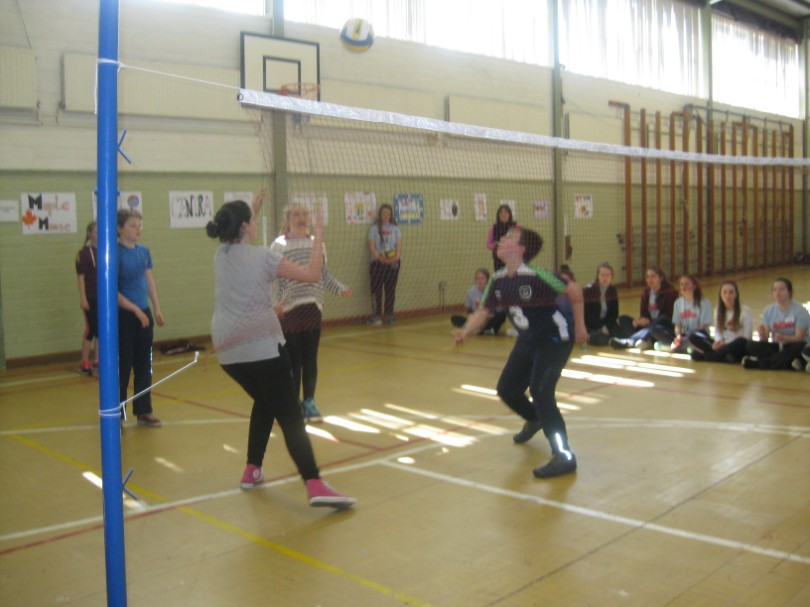 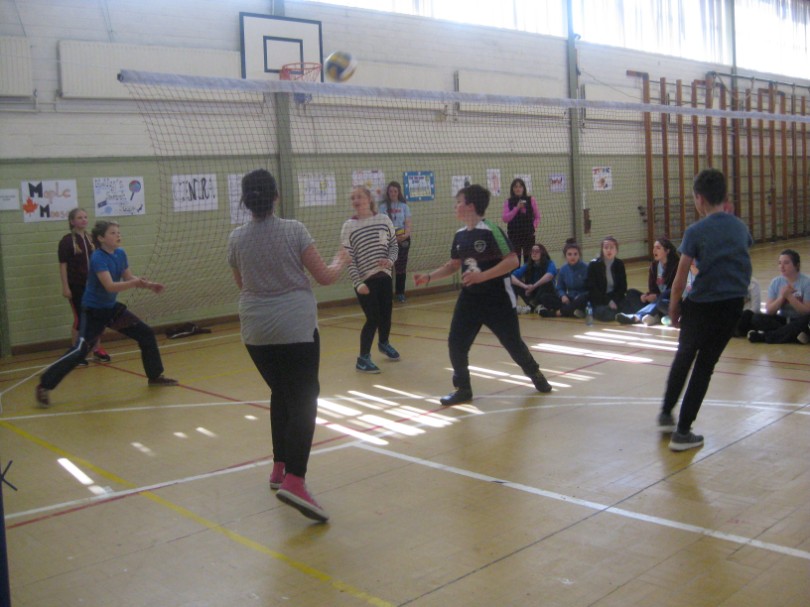 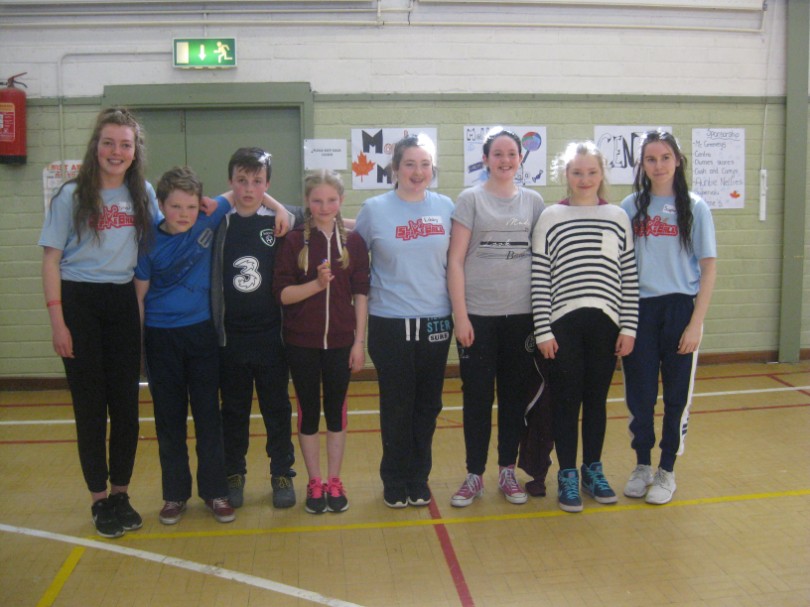 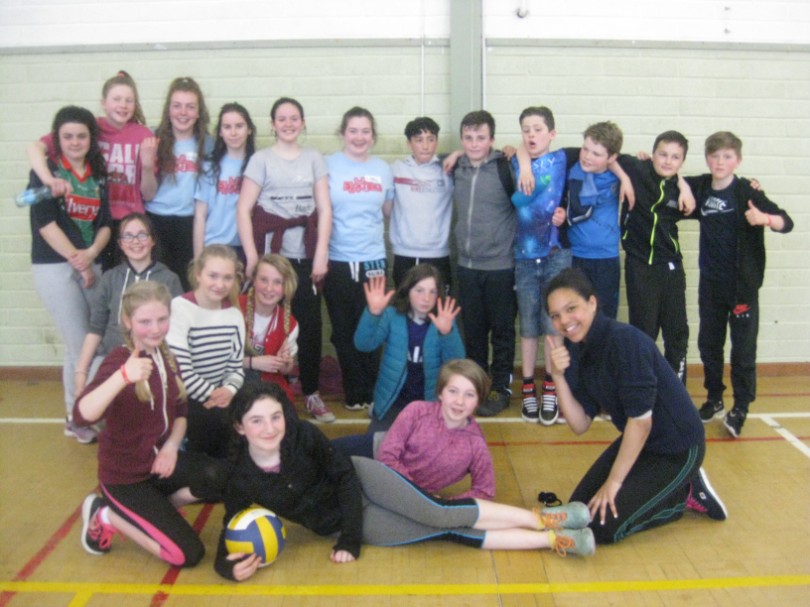