Dublin Trip
The senior room went to Dublin for a school trip on the 3/5/12. We woke up at around 6.30 a.m. When we got on  the train we played cards and spoke about what the day would be like. When we got to Heuston station we wandered around for a little while and then we  got the bus to Trinity College. We walked around there for a little while and everyone took pictures of  the things that the students made. Then we got another train to the Dail. When we got there we saw people working and talking. After a while of watching people work we got a tour of the house. When we left the dail we went to the meuseum next to the dail. We saw lots of ancient things that had been found in boglands. Then we had lunch in the meuseum cafe. After lunch we had a look around the gift shop. Then we went to St.Stephens green shopping centre. We got split into groups and we went around the shopping centre. All  the boys in our group wanted to go to the sports shops but Niamh, Hazel and I wanted to go to the clothes shops so Eriko Hopkinson went with us to the clothes shops and Mrs.Brickenden went with the boys to the sports shops. After that we went to a joke shop on Grafton street. It was so funny. There were sweets that tasted like garlic, chili, soap and one made your breath smell horrible and one made your tounge tur n blue! We went to the park after that and we were running around going crazy! We tried to make a human pyramid but it didn't really work. After that we went for a walk down Grafton street. There were lots of people on the street performing and and playing instruments. While we were walking down the street we went into a shop called HMV. Its a music shop, gut it also had lots of DVDs and video games. They sold other things like t-shirts, badges and posters. I got badges and Grace got a poster of One Direction. After that we walked down the street and got on the Luas. When we got to Heuston station we went to supermacs for dinner. On the way back on the train we were laughing so much! We were probably the loudest people on the train. We got shouted at a few times but we didn't really mind. We were all so tired when we got back.
by Amber Farrell. 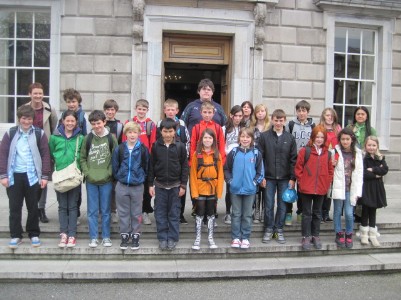 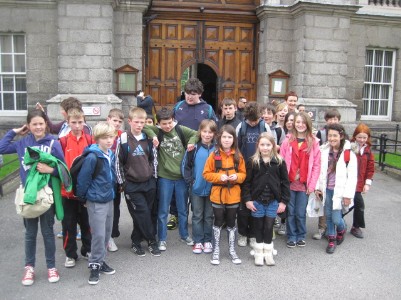 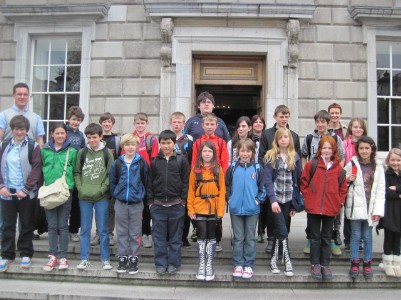 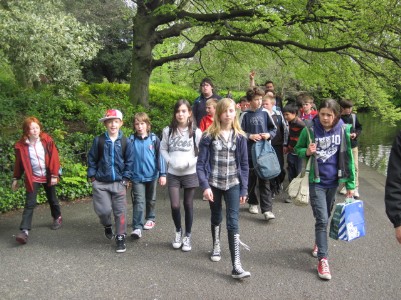 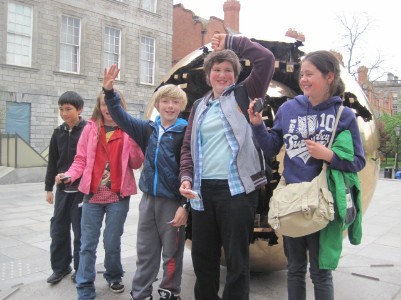 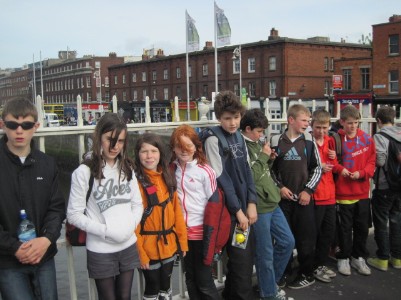 Trip To Dublin
Yesterday we went to Dublin. We got on the train at around
7:15. The train ride was about four hours long. When we got off the train
we went on a bus to Trinity College.
After we walked around for a bit we
Walked to the Dail . After we watched them for a bit they gave us a tour
of Leinster House. We watched them in the seanad for a few minutes then
We went to the Museum for lunch.
The lunch was yummy. Afterwards we
split up and walked around the for a Museum for a while.
After that we went to
Saint Stephen's  Green shopping centre to spend our money. Then we went
into Saint Stephen's Green and ran around.
After that we got on the Luas and
back train station to eat. Then we got on the train and came home at 9:45.