Heritage walk, by Paul Janas
On a Tuesday afternoon 5th and 6th class went on a heritage walk around Westport. Our guide was Sal and she told us all about Westport. We met up at the bottom of High Street beside the town clock. Westport was founded in 1700s. When the clock wasn’t there, it was a fountain.
After that we walked up a bit more up High Street and stopped at Mc Gings. Mc Gings Pub was one of the first to be in Westport. It is also the last pub from over two hundred years ago to still be in Westport today.
After walking higher up High Street to the very top we stopped to look at the place where a Woman fell off her horse and unfortunately died. There was a monument there but it was knocked down or it just fell apart over the years. There are now just trees planted there now to remember.
After walking up High Street we reached Johns Row. There is still one house on Johns Row from the 1800s but it doesn’t have a half door anymore. All the houses used to have one window and usually a half door. They had a half door because of Window Tax. Proceeding on we were about half way down Johns Row when Sal stopped us once again. She told us about the barracks and Melisha. Melisha and the barracks were the same thing but people called them Melisha.
Westport House now lies in the quay and the Browne family lived there. Talking about the Browne family Grace O’Malley also known as Gráinne Mháille was the ruler of the Ocean around Ireland. She had 3 husbands and 3 children. There are many of her castles still standing up to this day along the coast.
When we reached the skate park Sal told us about the workhouse in the Famine in the 1840s. Workhouses were all the same one person designed one and they were all the same. The area of a workhouse reached 7 acres. If there was one member of the family going into the workhouse the whole family would have to go with them. The workhouse was divided into parts so men would go into one part and the women in the other and so on. In the area of the workhouse around the skate park there is a field were there are no houses. There  are no houses there for a reason. 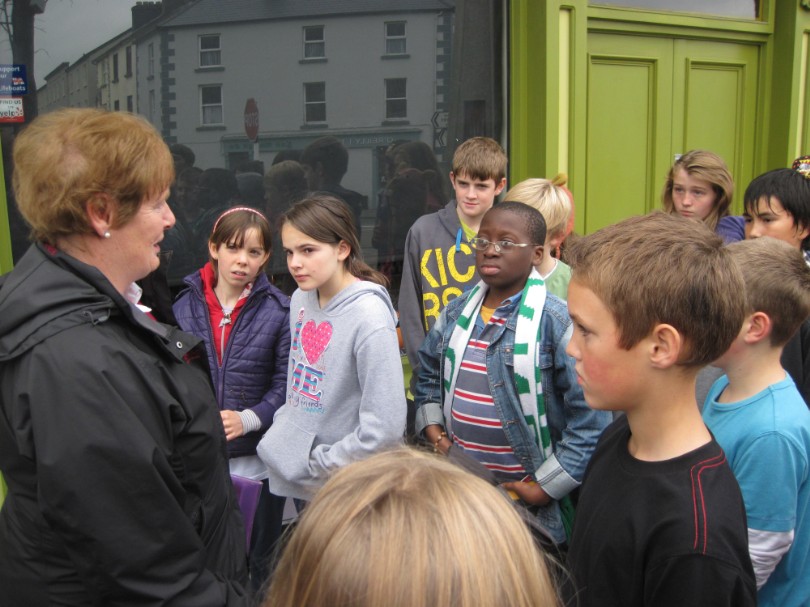 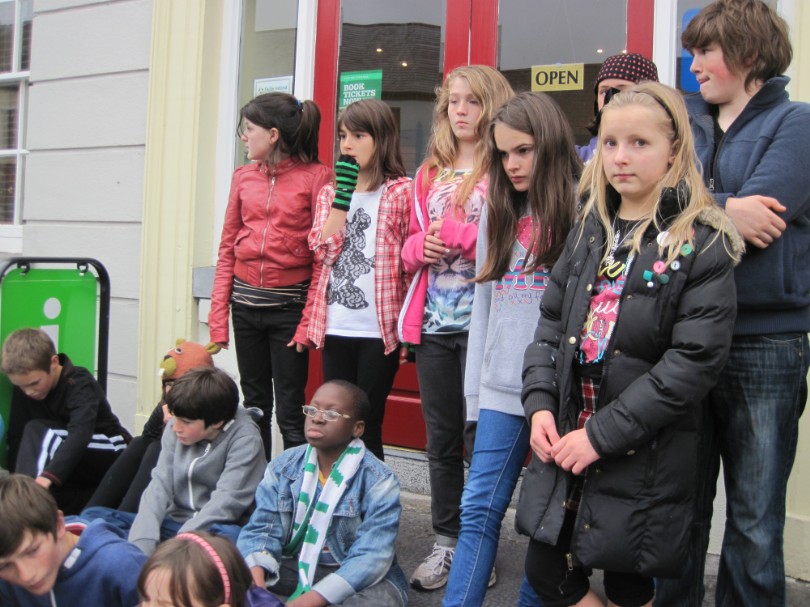